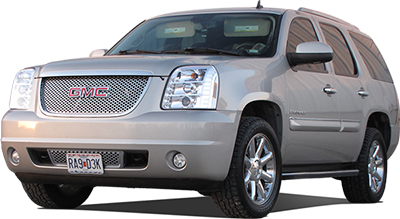 At Southwest Truck and RV Repair, we take pride in offering the best customer experience to Prescott Valley, AZ, Prescott, AZ and Chino Valley, AZ. We strive to provide our customers with the best experience possible each visit.

Don’t forget to rate your service and tell us how we did. By sharing your thoughts, you will help us grow.

"Totally awesome techs! I say this being a retired aircraft technician and these guys are honest, fair and on time."

"I would HIGHLY recommend Southwest Truck and RV to ANYONE! These guys took such good care of us when we had an injector issue with my wife's truck. We will certainly be back!"

"I had them do a pre-purchase inspection on an RV I was very seriously considering buying. They told me the engine had a case of blow by. I never would of checked for that. I think they just saved me thousands of dollars and had nothing to gain. I am a huge fan of there staff and will always go to them to have any future vehicle serviced by them."

"Brand new to Prescott Valley. My F250 broke down in the middle of the desert while I was moving here and I had to leave it in New Mexico. A shop "fixed it" in New Mexico 400 miles away and I had to get it transported to Arizona. I got it off the transport and instantly knew it wasn't right. I brought it to Southwest Truck and RV and they fixed those mistakes free of charge to me. I will be a customer for as long as I live here. Veteran-owned business as well."

"My nephew is in Prescott going to school and I live in Washington state. The guys at Southwest Truck did above and beyond to make sure my little buddy was taken care of and back on the road with his jeep. I cant thank you guys enough."

"Had an air leak on my dryer and airbag. Called the shop and they got me in right away. Unfortunately, wasn’t able to get to the airbag as it had to be shipped up from Phoenix but they did get the dryer fittings fixed. Much appreciated them getting me in right away. Nice facility...highly recommend these guys! Thank you!"

"Amazing Customer service. Took my truck in due to it blowing white smoke. Told me it was an over-fueling issue in the initial inspection and they would like to look into it for a cost. We told them to go ahead since they quoted us for two hours. The job took much longer than two hours, but since they told me two hours they only charged for the two hours. Highly recommend, seem like very honest guys."